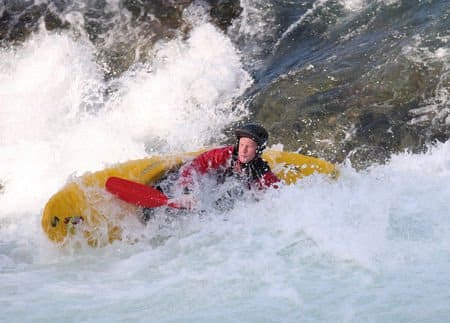 Rowan Cann in action in the Marlborough Sounds

The 2012 ECANZ Challenge took place at the TECT Arena in Tauranga in August. Top apprentices from all over the country came together to battle it out for one of three titles.

The apprentices had three days to work on their projects and complete one interview with a panel of industry experts. The projects are intended to showcase what the competitors have learnt in their apprenticeships so far.

The Commercial/Domestic competitors had to design, cost and build a simulation of a studio apartment, then required to make surprise last minute changes – similar to what happens in the real world.

The Industrial competitors had to design and build a simulation of a truck loading facility at a quarry site which required careful planning to ensure trucks were not only detected, but loaded correctly and safely. They were also thrown a curveball close to completion time.

The three winners on the night were:

As part of their prize, Alex Tyson and Rowan Cann, joined by Vaughan Marshall (who came second in the Commercial/Domestic division), took advantage of the opportunity to go on an Outward Bound adventure, sponsored by The Skills Organisation.

Designed to develop leadership skills and build the confidence of apprentices who have demonstrated industry leadership potential, the course centred on effective goal-setting and was no walk in the park….sleeping in the wild, early morning swims and every day beginning with a timed three kilometre run meant that apprentices were pushed to their limits!

“These apprentices have been identified as some of the best the industry has and we’re confident that the investment we’ve made in their leadership capabilities will pay-off in the future, ” says Paul Hollings, Head of Specialist